Movers, Shakers, and Perma-grins at ISE 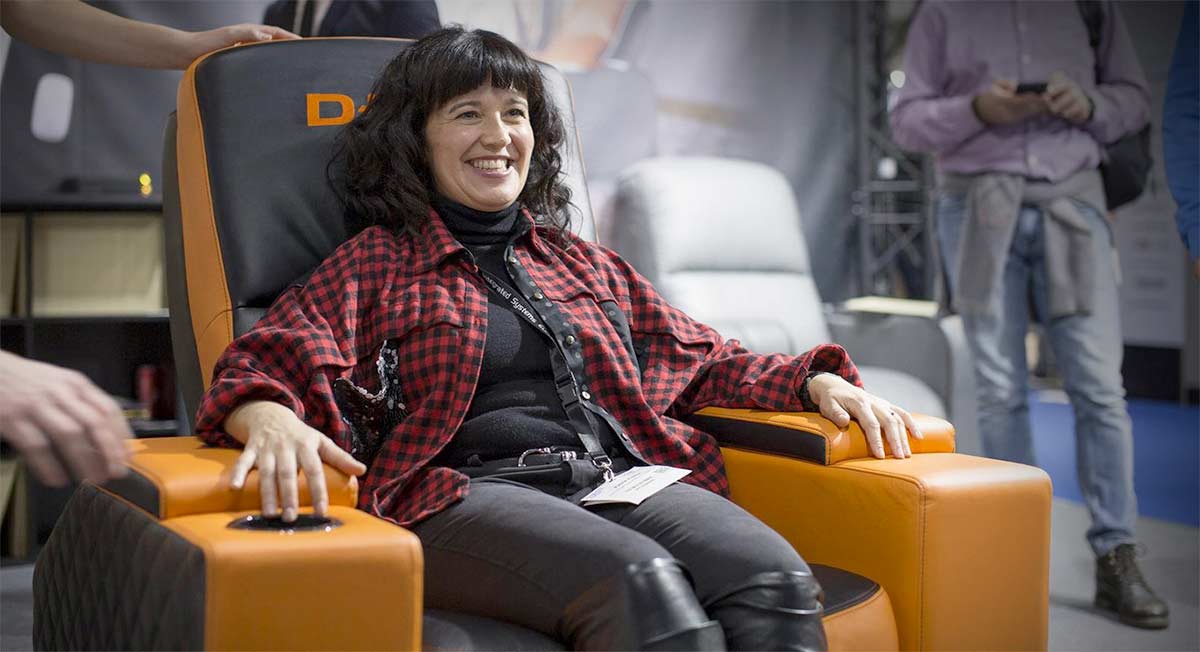 After landing in Amsterdam for Integrated Systems Europe from February 5th to the 8th as an ambassador for the budding Moovia US division, I watched the possibilities of luxury theater seating take off—most notably in the imaginations of people from around the world.

A diverse jet set from international zip-codes and all walks of life milled around the RAI convention center for this epic AV wonderland that boasted the largest exhibition space and attendee registration to date. Beyond the amazing tech and products, it was fascinating to observe the different accents, styles, norms, and communication skills (both verbally and nonverbally) on display.

I had the pleasure of meeting Moovia dealers from around the world. Antonio, one of our French resellers, sold our theater seating to a world renowned director for his summer home in the south of France. “His kudos must’ve spread around Hollywood,” he shared as he showed me a video of one of the most iconic actors in the entertainment industry kicking back in a Moovia chair for his home theater project. It was surreal. Moovia’s Chinese dealer is also in the thick of a deal with one of that country’s leading business tycoons. These success stories made me inspired for the future of Moovia US.

Two Moovia theater seating models swept the show away: the Venice and the Budapest.

It came as no surprise that our best-selling theater seat, the Venice, was a favorite, but this display model packed an extra special something too. Installed with a D-Box motion system, the Venice rocked and shook in time with the action on screen. This hyperactive, interactive experience radiated in the mesmerizing faces of amusement on attendees. When trying the seat out, everyone had a distinct “D-Box smile.” There were even a couple of squeals.

The Budapest is one of my personal favorites. A living room model that looks like a sleek couch, the Budapest at the show had all the bells and whistles. A spacious white oak compartment came equipped with shelving for remotes and game controllers, plus an LED touchscreen that let you to control the incline and decline of the couch, adjust the RGB ambient light in a cup holder, and turn on heating or cooling.

In the end, relationships were formed, memories made, and new deals done. On a personal note, entering the world of international business came with a huge learning curve, and I’m so grateful to Moovia for the opportunity. Integrated Systems Europe was a great success. We can’t wait to see you next year at ISE 2020 and Barcelona in 2021.